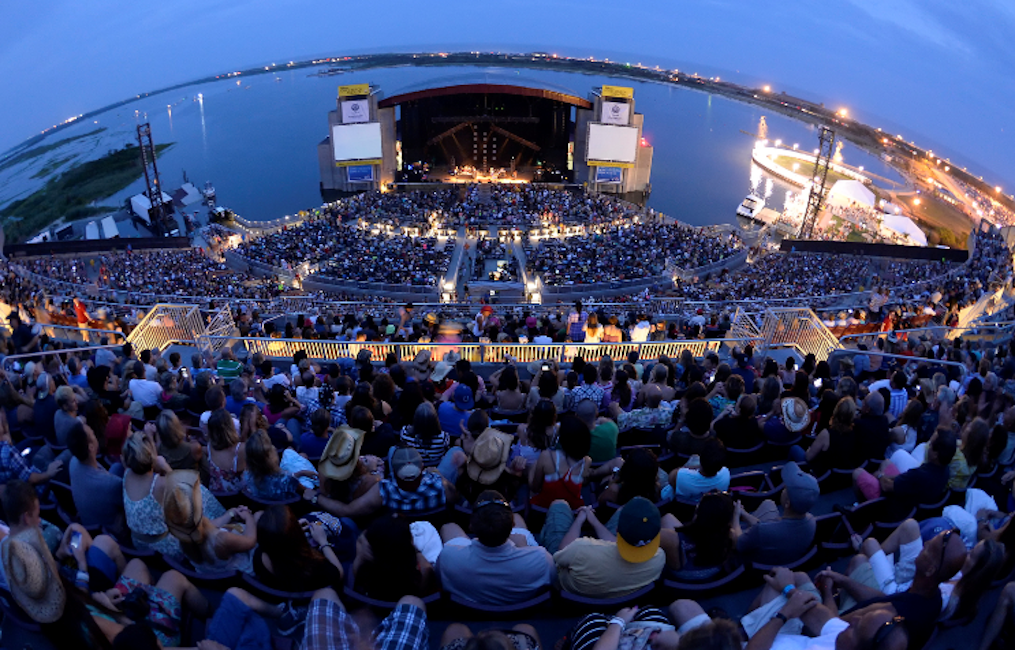 The venue was originally opened in June 1952 as the New Jones Beach Marine Stadium, with a performance space that had 8,200 seats and focused primarily on musicals. The venue had several boxes that were designated for his use and often featured performances from his friend Guy Lombardo. When the venue opened, the first performance was the operetta A Night in Venice by Johann Strauss II and was an extravaganza that featured floating gondolas and the talents of Enzo Stuarti among others.

Further renovations came to the venue, including one of the most recent in January 2017, that added energy-efficient LED lighting, more cafes, larger concourses to reduce crowding, and several other quality of life features. Simply put, what began as a water-based performance venue has become one of the most hotly desired performance spaces by both fans and musical talent, including Jimmy Buffett and Aerosmith who played at the venue around 30 and 21 times respectively.

See the links below for more information on the Northwell Health at Jones Beach Theater: