Why Don't We [CANCELLED] Tickets

EVENT CANCELLED. Please contact your ticket point of purchase to claim a refund on your tickets.

Feel the rush of Adrenaline this Wednesday, July 6, as the boyband Why Don't We brings the excitement of their "The Good Times Only Tour" to Wantagh, New York's Jones Beach Theater. Jack, Corbyn, Zach, Jonah, and Daniel are back this summer to bring you another memorable concert experience that will make you scream, dance and sing. Join the California-based boyband in singing along to their signature tunes such as "Trust Fund Baby," "8 Letters," and "Taking You." Grab your tickets for the show and prepare to meet other Limelights on this night that would express your support for the boys. Remember, you don't need 8 Letters to see Why Don't We. You only need 7: T-I-C-K-E-T-S. Click on the "Get Tickets" link to order yours. 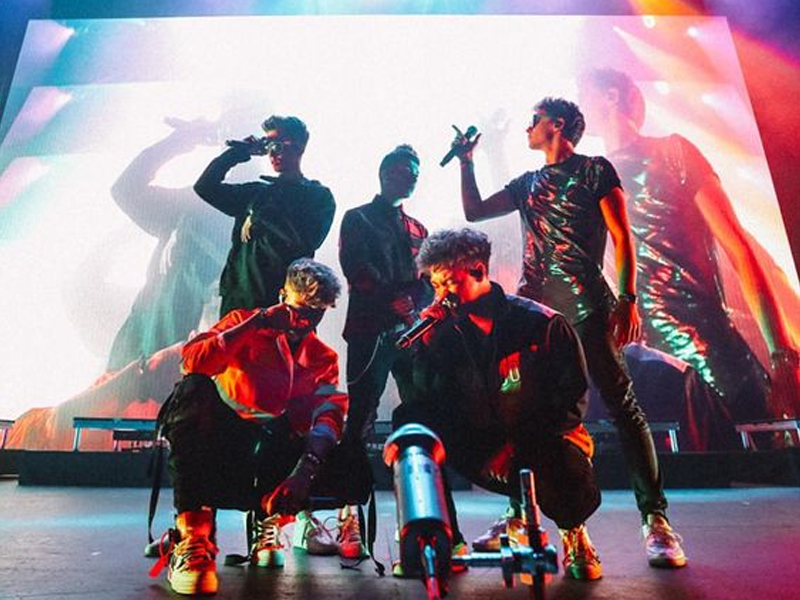 Known for their catchy hooks, stylish attire, and ultra-loyal fanbase dubbed as Limelight, Why Don't We proved that they are more than just another one-hit-wonder boyband. The California-based band comprises Jack Avery, Corbyn Besson, Zach Herron, Jonah Marais, and Daniel Seavey. They are known to combine pop harmonies with R&B and electronic influences, resulting in well-crafted songs such as "8 Letters," "Trust Fund Baby," "Hooked," "Come to Brazil," and "I Still Do."

Following some significantly successful EPs, the band was able to produce two chart-topping albums, "8 Letters" in 2018 and "The Good Times and the Bad Ones" in 2021. Both albums reached the Top 10 in the Billboard Charts, proving that the boys are on top of their game.

Today, the boyband is back on the road for another exciting string of shows. As part of their North American tour, the boys will kick off their 44-date tour on June 17 at Salt Lake City's USANA Amphitheatre and will end on August 24 at White River Amphitheatre in Auburn, Washington. The boys will stop at major venues in between, including New York's Jones Beach Amphitheater.

JVKE and The Aces will join Why Don't We's tour as special guests. JVKE (pronounced as JAKE) is a musical artist who found instant fame on TikTok. He is most notably famous for his song "Upside Down." The Aces, on the other hand, is an American 4-member alternative pop band from Utah who is known for their albums "When My Heart Felt Volcanic" and "Under My Influence," released in 2018 and 2020.

Catch these two musical acts along with Why Don't We in one of summer's most anticipated shows! Get your tickets now!