Two of rock’s longstanding powerhouse acts, Korn and Evanescence, are teaming up for a 2022 US tour, coming to Jones Beach Theater on Sunday, August 28th 2022. Korn will be out in support of their recently released 2022 album, Requiem, the nu-metal pioneers’ 14th studio LP. Meanwhile, Evanescence are touring behind 2021’s The Bitter Truth, which marked the band’s first album of new material in 10 years. The two bands will be joined by as-yet-unnamed various support acts throughout the tour. Grab some tickets right now. 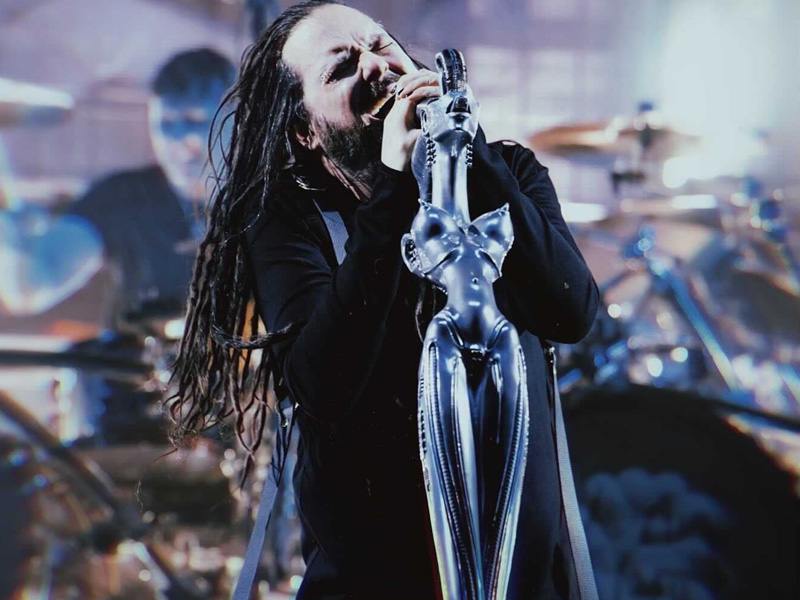 “We’re looking forward to going on tour this summer and bringing our friends, Evanescence, out,” said Korn singer Jonathan Davis. “Whenever Amy comes to one of our shows, I always love seeing her on the side of the stage watching the whole set and rocking out. We’re gonna have a great time on this tour, and we can’t wait to see you there.” Evanescence’s Amy Lee added, “I fell hard into Korn’s music in high school. It was an inspiration during the formation of my own band. The chances we’ve had to play together over the years are special, a part of our history. They remain one of the best live bands I’ve ever seen. It’s an honor and a thrill to go out with our friends again, our first full tour together since ‘07. We’re all really looking forward to this.”

Korn's current lineup features founding members James "Munky" Shaffer, on rhythm guitar, Reginald "Fieldy" Arvizu on bass, Brian "Head" Welch on lead guitar, and backing vocals, and lead singer Jonathan Davis, with the addition of drummer Ray Luzier. Their latest album, Requiem, is their fourteenth. It was released in February 2022 with AllMusic saying, "Against the odds, Korn have done it again with Requiem, a quick and ferocious blast that finds the band still hungry and innovative nearly 30 years into the game." Requiem charted at number 14 on the Billboard 200, number 2 on the Rock Albums chart, number 1 on the Hard Rock Albums chart, as well as number 1 in both the UK and Australia.

Evanescence was founded in Little Rock, Arkansas, in 1995 by singer, pianist, and keyboardist Amy Lee and guitarist Ben Moody, who left the band in 2007. The rest of the band are guitarist and baking singers Troy McLawhorn and Jen Majura, with bassist Tim McCord, and drummer Will Hunt. Their fourth studio album, The Bitter Truth, was released in March 2021, and is the band's first full album of new material since their self-titled third album in 2011. AllMusic said, "Altogether, The Bitter Truth carries listeners on a journey both familiar and fresh, recapturing the heavy-yet-melodic hallmarks that made Fallen one of the most successful albums of the 2000s and pushing Evanescence into the future with a graceful maturity and worldly perspective." The Bitter Truth charted at number 11 on the Billboard 200, number 2 on the rock Albums chart, and number 1 on the Hard Rock Albums chart.