Looking at Jones Beach Theater's concert calendar this year may seem a little overwhelming. With the addition of Goo Goo Dolls in the schedule this August 20, 2022 (Saturday), we simply can't contain our excitement. You don't want to let this concert Slide because this is undoubtedly one of the best you'll attend this summer! Grab your tickets now and prepare to sing along with this Grammy-nominated band's hit songs such as "Name," "Iris," "Themselves," "Slide," and many more. Let the familiar musicality of Goo Goo Dolls take you to the late 90s and early 2000s glory days of alternative rock music. If you haven't fully locked in your summer road trips wrapped around concerts, consider inserting their Jones Beach Theater concert into your schedule. Be ready to get lost — and forget your Name — in a Saturday evening of Goo Goo Dolls superior music! See you at Jones Beach Theater. 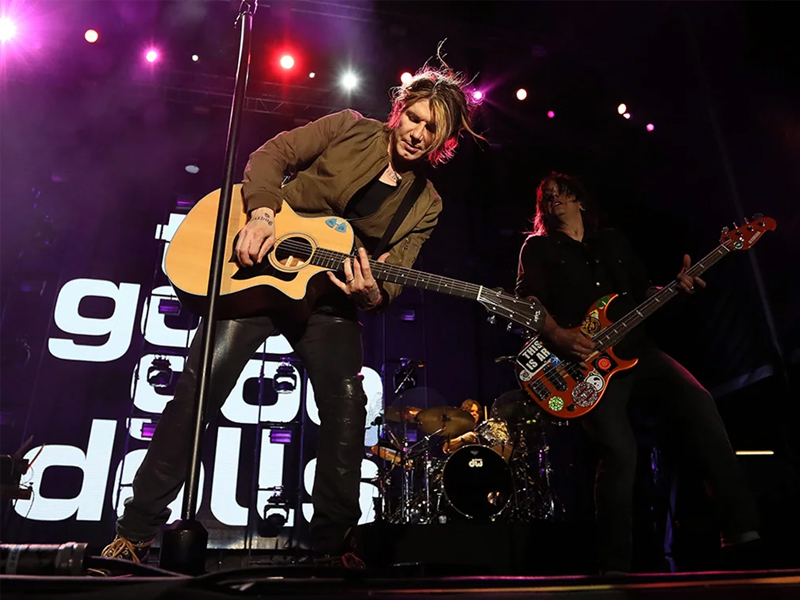 2022 is a promising year for many 90s and 2000s acts, as numerous bands and artists from the era are coming back for a string of concert tours. Fans of the American rock band Goo Goo Dolls will definitely be ecstatic as the band announced that it will be hopping on the bandwagon for a 2022 summer tour.

Goo Goo Dolls has been around the alternative rock music scene since 1986 as a cover band. They eventually developed a punk sound and released some original materials in the early 90s. Led by guitarist/vocalist John Rzeznik, bassist/vocalist Robby Takac, and drummer George Tutuska, the band started to enjoy mainstream success in 1995 when their breakthrough single, "Name," topped charts and became a massive hit worldwide.

All in all, the band has had 19 top ten singles on various charts, has sold 15 million records worldwide, and has been nominated for four Grammy Awards. And now, you can enjoy Goo Goo Dolls' music live once again as they will finally embark on their summer concert tour. The band is originally scheduled for 2020, but, like most artists, the pandemic prevented them from successfully staging the highly-anticipated tour. Now there's no stopping Goo Goo Dolls from giving you one of the best performances they'll have in recent memory.