Shhh… We aren't gonna be talking about Bruno in here… but we're gonna sing! Re-live the Academy Award-winning Disney film Encanto at Encanto: The Sing Along Film Concert at Jones Beach Theater on Thursday, August 18th, 2022. Disney Concerts is bringing you an immersive concert and film viewing experience where you can sing along to Encanto's hit soundtrack led by an on-stage live band. Get ready to sing all the words to "Surface Pressure", "All Of You", "We Don't Talk About Bruno", and the rest of the Encanto soundtrack with the crowd! So, save your seat by booking your tickets now! 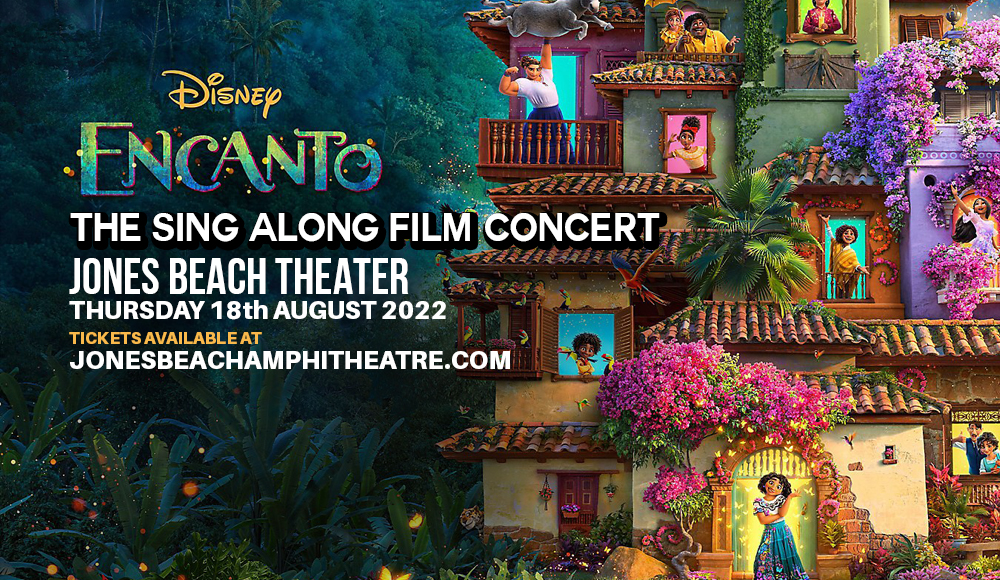 Audiences across the globe have cheered, laughed, cried, and sung along to Encanto's best moments. Highly acclaimed for its story, animation, characters, songs, and cultural fidelity, Encanto has bagged several awards, winning Best Animated Film at the Academy Awards, the BAFTAs, the Golden Globes, the Producers Guild of America, and the National Board of Review.

The world has fallen in love with Encanto's soundtrack with fan-favorite songs "Surface Pressure" and "We Don't Talk About Bruno", following the adventures of the Madrigals, led by Mirabel who takes on a mission of saving her family's magic that helps their community named Encanto.

Encanto's soundtrack took the top spot on the Billboard 200 for nine weeks, and the fan-favorite track "We Don't Talk About Bruno" spent five weeks at the top of the Billboard Hot 100.

As fans couldn't resist chanting "We don't talk about Bruno, no, no, no!", Disney Concerts brings you "Encanto: The Sing Along Film Concert", where the full-length film is played on the big screen, with a live on-stage band playing Encanto's soundtrack in sync with the movie. Disney highly encourages everyone to sing along, and lyrics are even provided on-screen for those needing some help with the words.

Don't miss out on this chance to catch music from Encanto come to life at Jones Beach Theater on August 18th, 2022. Save yourself, your family, and friends a seat by booking your tickets now!